As a tribute to 1,177 crew lost in 1941, the American flag flies from a flagpole attached to the severed mainmast of the battleship USS Arizona sunk in Pearl Harbor on the island of Oahu, Hawaii, USA. The flag rises above artistic beams of the open-air Assembly Room of the USS Arizona Memorial which was built in 1962, straddling but not touching the sunken hull, at this active US Navy cemetery. On 7 December 1941, the Japanese surprise attack on Pearl Harbor dropped a bomb into USS Arizona's powder magazine causing a violent explosion which sank the ship. The attack united a divided America to join World War II. Reachable only via boat, the USS Arizona Memorial attracts more than 2 million visitors per year, and is part of the World War II Valor in the Pacific National Monument, run by the National Park Service. USS Arizona (BB-39) was a Pennsylvania-class battleship launched by the United States Navy in 1916. The shipwreck shrine is a National Historic Landmark. 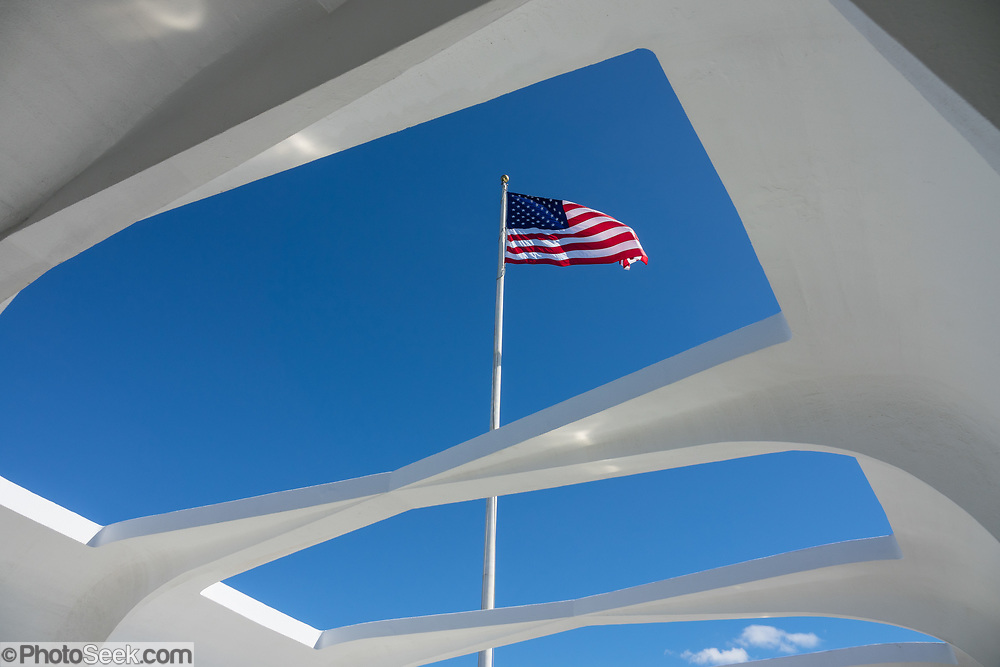