Seen through a jet window, a vast ice sheet stretches across Greenland, the world's largest island. This ice cap (Sermersuaq in Greenlandic) contains 10 percent of the world's fresh water, plus atmospheric particles which scientists can use to gain an insight into the climate of both Greenland and the Earth going back some 250,000 years. Scientists report accelerated melting since the new millennium, with a net loss of ice mass. If the entire ice sheet melted, the world's oceans would rise by 6-7 meters (20-23 feet). Greenland's huge ice sheet is only second in size to the Antarctic Ice Sheet. Greenland lies between the Arctic and Atlantic Oceans, east of the Canadian Arctic Archipelago. While it is physiographically part of the North American continent, for more than a thousand years Greenland has been politically and culturally associated with Europe (the colonial powers of Norway and Denmark, plus the nearby island of Iceland). In 2008, the people of Greenland passed a referendum making it an autonomous country within the Danish Realm. With a population of about 56,480 in 2013, it is the least densely populated country in the world. (The continent of Australia is larger but isn't considered an island.) 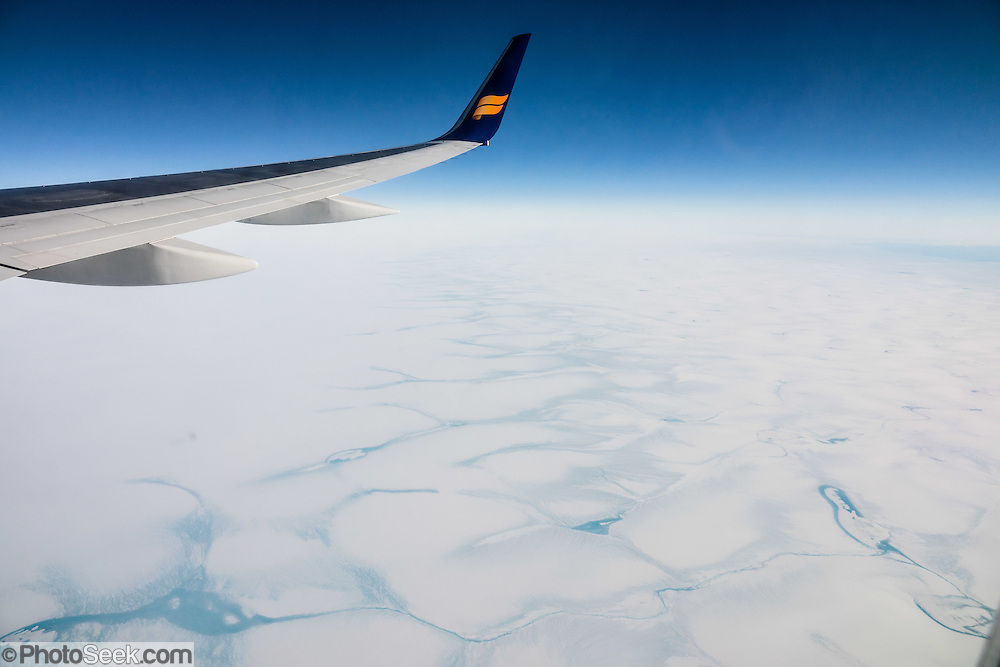