Stay in a pension under the impressive Tymfi Massif, in Vikos village, Zagoria, north Pindus Mountains (Pindos or Pindhos), Epirus/Epiros, Greece, Europe. The northeast wall of Vikos Gorge is Mount Tymfi (or Greek: , also transliterated Timfi, Tymphe, or Tymphi), near the 40 degree parallel. Tymfi forms a massif with its highest peak, Gamila, at 2497 meters (8192 feet), the sixth highest in Greece. Vikos Gorge in northern Greece is the world's deepest canyon in proportion to its width, and at one point measures 2950 feet (900 meters) deep and 3600 feet (1100 meters) wide from rim to rim. Its depth is an impressive 82% of its width at that cross-section (depth/width ratio=0.82). Gorges in many countries have higher depth/width ratio, but none are as deep. Zagori (Greek: ) is a region and a municipality in the Pindus mountains in Epirus, in northwestern Greece. Zagori contains 45 villages collectively known as Zagoria (Zagorochoria or Zagorohoria). 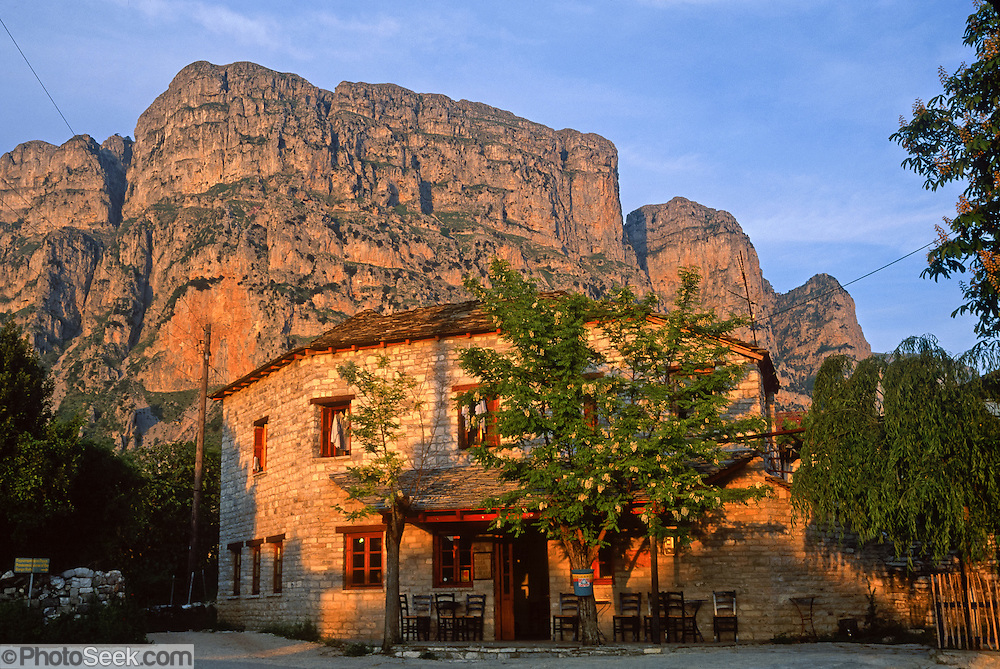