In Yukon, Canada, the free George Black Ferry connects Dawson City to West Dawson and the Top of the World Highway, which goes to the Yukon-Alaska border. It is a drive-on/drive-off single deck ferry, operating 24 hours per day in summer. The remote 65-mile Top of the World Highway connects the Klondike Loop from Dawson City with the Taylor Highway (which links Chicken, Eagle and the Alaska Highway). Dawson City was the center of the Klondike Gold Rush (1896–99), after which population rapidly declined. Dawson City shrank further during World War II after the Alaska Highway bypassed it 300 miles (480 km) to the south using Whitehorse as a hub. In 1953, Whitehorse replaced Dawson City as Yukon Territory's capital. Dawson City's population dropped to 600–900 through the 1960s-1970s, but later increased as high gold prices made modern placer mining operations profitable and tourism was promoted. In Yukon, the Klondike Highway is marked as Yukon Highway 2 to Dawson City. 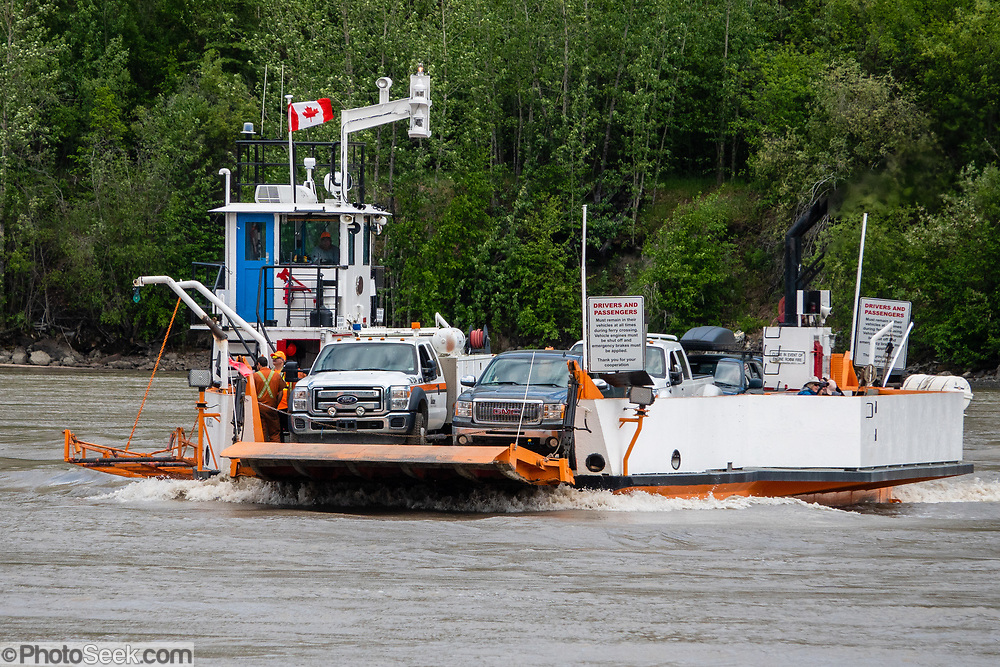