Miles Canyon, near Whitehorse, capital and largest city of the Yukon, Canada.

Tom hikes along Miles Canyon, near Whitehorse, capital and largest city of the Yukon, Canada. At Miles Canyon and the former Whitehorse Rapids downstream, the Yukon River cuts through 8-million-year-old lava flows, the Miles Canyon Basalts. Salmon pooling above and below the rapids attracted humans who left tools here 2500 years ago, and likely other people arriving 8000-9000 years ago after the retreat of glaciers. These narrow cliffs and rapids also established the upstream terminus for paddle-wheelers during the Klondike Gold Rush, eventually helping establish the City of Whitehorse. Whitehorse was incorporated in 1950 at kilometer 1426 (Historic Mile 918) on the Alaska Highway. The town was named for the former Whitehorse Rapids (now drowned by a hydroelectric dam), whose pale-colored glacially silted waters resemble the mane of a white horse. The Yukon River originates in British Columbia and flows into the Bering Sea in Alaska. The name Yukon comes from a Gwich'in phrase meaning white water river. Although historically called "Yukon Territory", the territory is now officially called "Yukon" (after the federal government's Yukon Act in 2002). 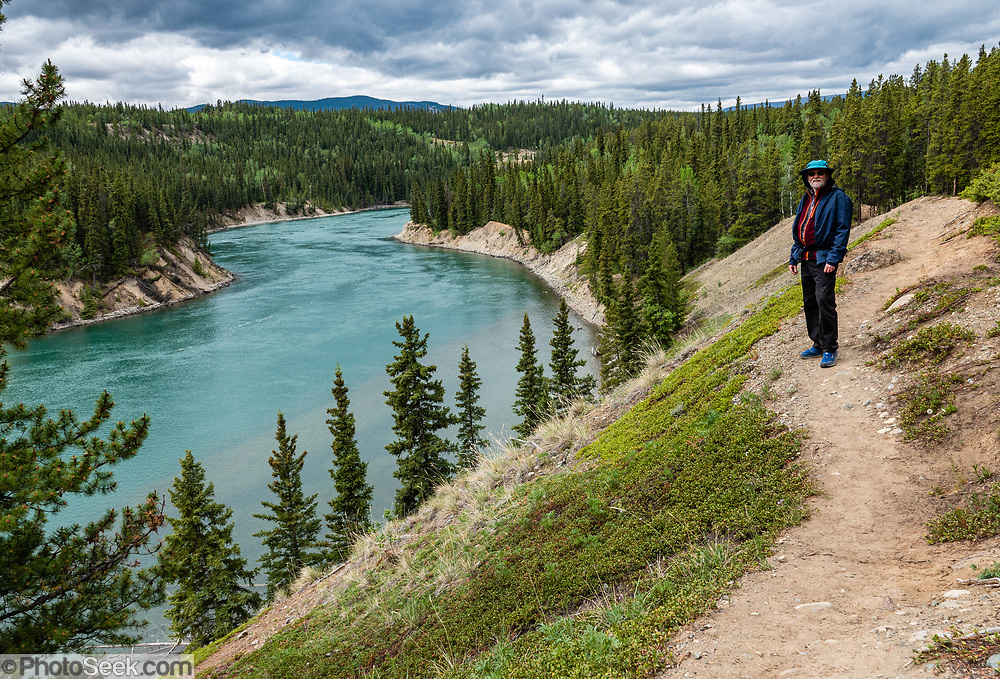