Jefferson's Ground Sloth (Megalonyx jeffersoni) was endemic to North America from 10 million–11,000 years ago, and became extinct in Yukon 75,000 years ago. Yukon Beringia Interpretive Centre, in Whitehorse, capital and largest city of the Yukon, Canada. During the ice ages, Beringia's climate alternated between warm interglacial and cold glacial periods. During glacial periods, sea levels dropped 120 meters, exposing a land bridge that was up to 1000 kilometers (620 miles) wide. Beringia, like most of Siberia and all of North and Northeast China, was a grassland steppe. Fossils found on both sides of the Bering Land Bridge show that since the time of the dinosaurs, it was a major route for the exchange of plants and animals between Asia and North America. Swedish botanist Eric Hultén coined the term Beringia in 1937. Beringia is the land and ocean area bounded on the west by the Lena River in Russia; on the east by the Mackenzie River in Canada; on the north by 72 degrees north latitude in the Chukchi Sea; and on the south by the tip of the Kamchatka Peninsula. It includes the Chukchi Sea, the Bering Sea, the Bering Strait, the Chukchi and Kamchatka Peninsulas in Russia plus Alaska in the United States. 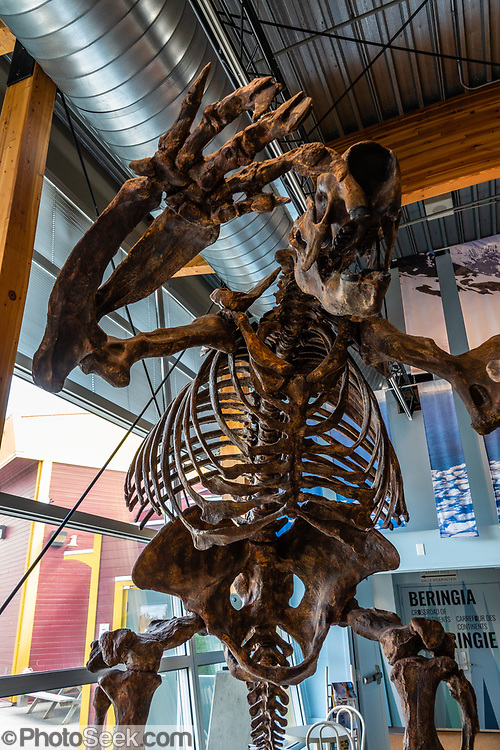