Aerial view of Haines, Alaska, USA. Flightseeing from Skagway or Haines is a spectacular way to see Glacier Bay National Park, in Southeast Alaska. We were bedazzled by Mountain Flying Service's 1.3-hour West Arm tour from Skagway. Glacier Bay is honored by UNESCO as part of a huge Biosphere Reserve and World Heritage site shared between Canada and the United States. In 1750-80, Glacier Bay was totally covered by ice, which has since radically melted away. In 1794, Captain George Vancover found Icy Strait on the Gulf of Alaska choked with ice, and all but a 3-mile indentation of Glacier Bay was filled by a huge tongue of the Grand Pacific Glacier, 4000 feet deep and 20 miles wide. By 1879, naturalist John Muir reported that the ice had retreated 48 miles up the bay. In 1890, "Glacier Bay" was named by Captain Beardslee of the U.S. Navy. Over the last 200 years, melting glaciers have exposed 65 miles of ocean. As of 2019, glaciers cover only 27% of the Park area. Since the mid 1900s, Alaska has warmed 3 degrees Fahrenheit and its winters have warmed nearly 6 degrees. Human-caused climate change induced by emissions of greenhouse gases continues to accelerate warming at an unprecedented rate. Climate change is having disproportionate effects in the Arctic, which is heating up twice as fast as the rest of Earth. 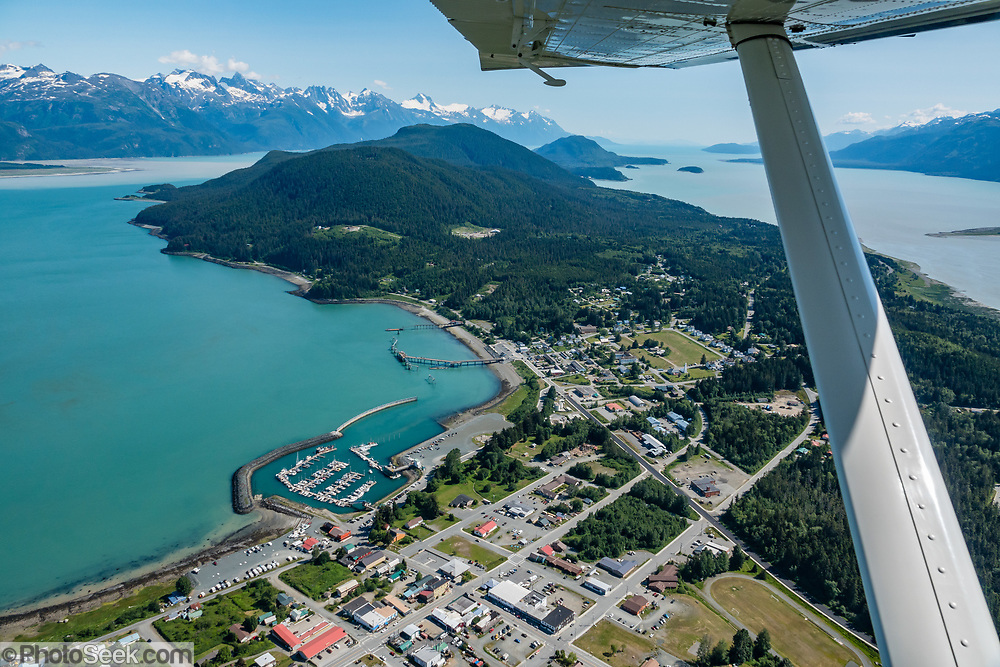