Invasive iceplant at Leffingwell Landing Park, part of Hearst San Simeon State Park, Cambria, California, USA. Iceplant was introduced to California in the early 1900s as an erosion stabilization tool beside railroad tracks, and later used by Caltrans on roadsides. Iceplant is bad for a number of reasons. It’s invasive and releases salt into the soil, raising the salt level high enough to inhibit other plant seeds, especially grasses.  It doesn't serve as a food source for animals and can out-compete the native plants for water, light, and space. It's actually bad for erosion control. Having weak root systems, these heavy plants can cause the hill to start sliding, taking existing topsoil from the slope. Although the soft succulent new growth has a high water content which doesn't burn, the slow-to-decompose dead leaves layered underneath create a fire hazard. 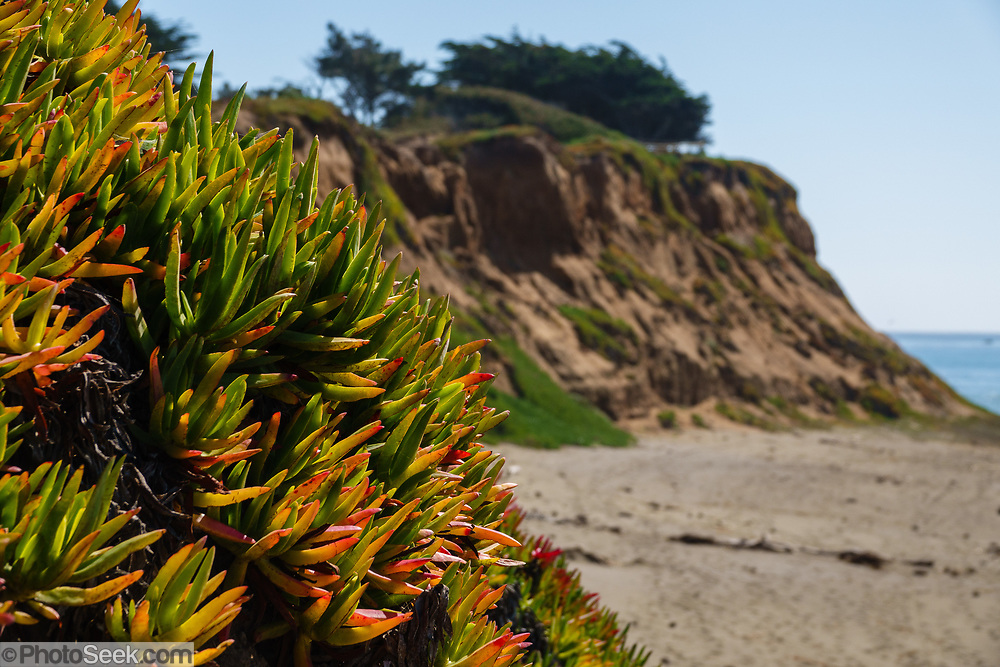