Jack London's Cabin replica in Dawson City, Yukon, Canada. Jack London (1876–1916) was an American novelist, journalist, and social activist. At age 21, he spent a difficult winter 1897–1898 prospecting for gold from in a rented cabin on the North Fork of Henderson Creek, 120 km south of Dawson City, just prior to the gold rush of 1898. While he didn’t strike it rich, he later turned his Klondike adventures into fame and fortune with legendary short stories and books. His most famous works include "The Call of the Wild" and "White Fang", both set during the Klondike Gold Rush. A pioneer in the world of commercial magazine fiction, he was one of the first writers to become a worldwide celebrity and earn a fortune from writing. He was also an innovator in the genre that would later become known as science fiction. Born as John Griffith Chaney, his last name become London through his mother's remarriage during his first year of life. He began calling himself Jack as a boy. London's cabin, abandoned after the Gold Rush, was re-discovered by trappers in 1936 who noted London's signature on the back wall. Yukon author Dick North organized a search in 1965 and eventually had the cabin dismantled and shipped out. Two replicas were made from the original logs. One is shown here in Dawson City, while the other was re-assembled at Jack London Square in Oakland, California, London's hometown. 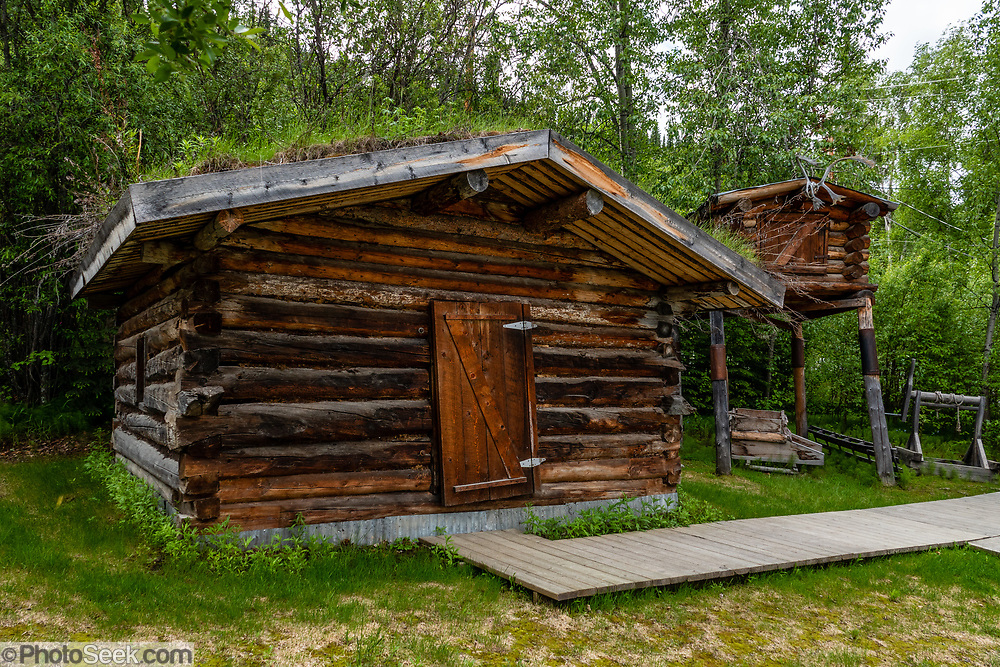